According to standard economic theory, the ultimate goal when deciding between two options is the choice that brings the greatest UtilityThe state of being useful, profitable, or beneficial. A rational human looks at their options, judges each on its merits, and then calculates the expected level of gained utility, which makes intuitive sense.

However, behavioral economics says it is not so simple. In reality human beings do not compare things in absolute terms, but in relative terms. 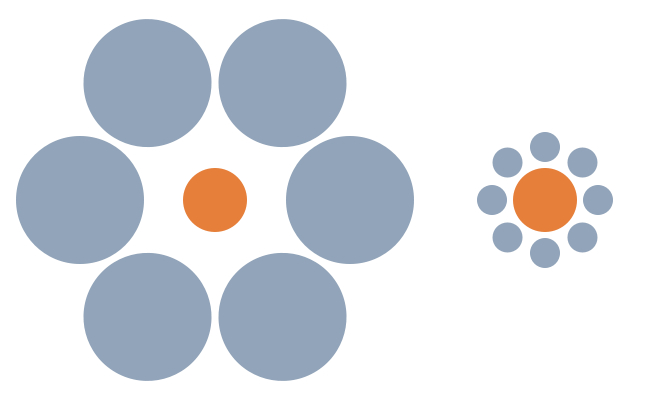 Humans rarely choose things in absolute terms. We don’t have an internal value meter that tells us how much things are worth. Rather, we focus on the relative advantage of one thing over another, and estimate value accordingly. – Dan Ariely

I have given you a relative comparison. Before, you had no idea if a [Hoojaz] was worth it, but now you can’t stop thinking about what a steal it would be to get a [Hoojaz] AND a [Whatsit] for almost the same price.

Let’s say I have given you the choice between these two pieces of gear:

Option [A], a sword that does an average of 7.5 damage per second, and Option [B], a piece of armor with a defense of 10. Which is better? Which do you choose?

What you have here is a choice between two things that excel in comparatively different categories; and human beings, unfortunately, are rubbish at comparing things like this. What we need is a way to give your brain a rest; to give it something to compare “easily”. Look what happens when I introduce a third option.

I have now introduced a third option, [A-]. Its name, obviously, gives you a bias, but you can hopefully feel the effect this has had on you. Your brain now has something to easily compare.

Even though it is totally irrational, put most people in this situation and they will now choose option A. You can do this with almost anything, and its called “using a decoy”. By introducing a less than optimal option, that is easily comparable, you can nudge people into the option that you want them to make, while still providing an option B for the min-maxers out there.

Have you ever played an RPG where you got to a boss that spams a status effect attack, say poison, and all you can think to yourself is, "Damnit! There was an item back in town that makes me immune to this.”

Been there, done that... but let’s rewind.

Back in town you enter the item store, and you are presented with three items:

Debatable, and if the player already has an item that makes them immune to poison, that’s fine, but we (the designers) want to make sure that you have something for this boss fight. And, this is the important bit, we want to do it without forcing the option down your throat. By introducing this third item, and making sure we price it comparatively low, we can nudge people into purchasing an item of poison immunity without them even knowing it.

← Scenario Concepts The Hierarchy of Experience →